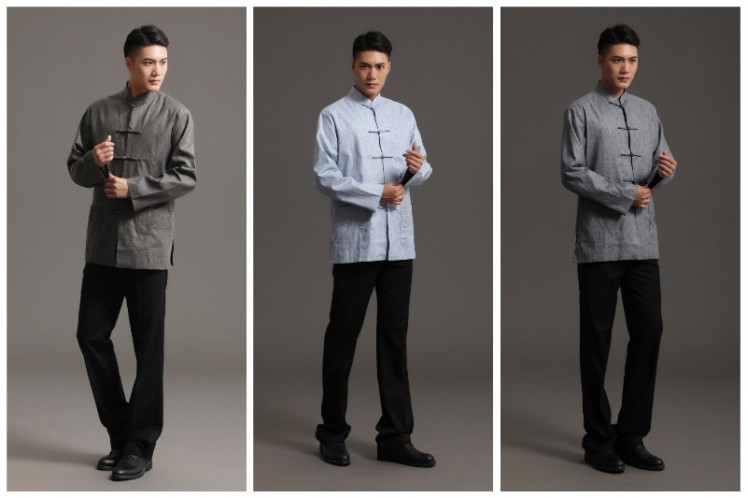 The modern Chinese tunic suit is a style of male attire traditionally known in China as the Zhongshan suit (Simplified Chinese: 中山装; traditional Chinese: 中山裝; pinyin: Zhōngshān zhuāng) (after Sun Yat-Sen), and later as the Mao suit (after Mao Zedong). Sun Yat-sen introduced the style shortly after the founding of the Republic of China as a form of national dress although with a distinctly political and later governmental implication. (Source: Wikipedia) 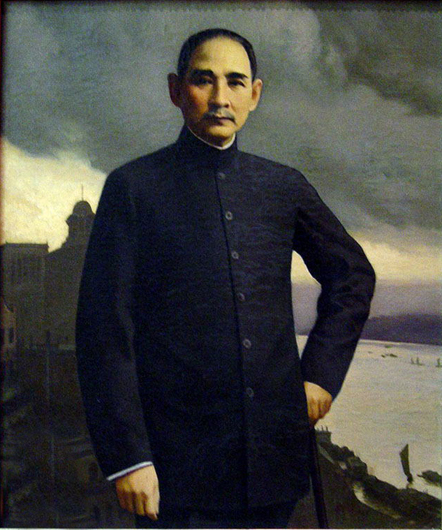 After the end of the Chinese Civil War and the establishment of the People's Republic of China in 1949, the suit became widely worn by males and government leaders as a symbol of proletarian unity and an Eastern counterpart to the Western business suit. The name "Mao Suit" comes from Chinese leader Mao Zedong's affinity for wearing them in public, thus tying the garment closely to him and Chinese communism in general in the Western imagination. Although they fell into disuse among the general public in the 1990s due to increasing Western influences, they are commonly worn by Chinese leaders during important state ceremonies and functions.

The Origin of Chinese Tunic Suit

When the Republic was founded in 1912, the style of dress worn in China was based on Manchu dress, which had been imposed by the Qing Dynasty as a form of social control. Even before the founding of the Republic, older forms of Chinese dress were becoming unpopular among the elite and led to the development of Chinese dress which combined the changshan and the Western hat to form a new dress.

The Chinese Tunic Suit was an attempt to cater to contemporary sensibilities without adopting Western styles wholesale. Dr. Sun Yat-sen was personally involved, providing inputs based on his life experience in Japan: the Japanese uniform became a basis of Zhongshan Suit. There were other modifications as well: instead of the three hidden pockets in Western suits, the Zhongshan suit had four outside pockets to adhere to Chinese concepts of balance and symmetry; an inside pocket was also available. Over time, the suit had some minor stylistic changes, for example, the number of the buttons is reduced from seven to five.

Long after Sun Yat-sen's death, popular mythology assigned a revolutionary and patriotic significance to the Chinese Tunic Suit. The four pockets were said to represent the Four Cardinal Principles cited in the classic Book of Changesand understood by the Chinese as fundamental principles of conduct: propriety; justice; honesty; a sense of shame. The five centre-front buttons were said to represent the five powers of the constitution of the Republic and the three cuff-buttons to symbolize the Three Principles of the People: nationalism; democracy; people's livelihood. 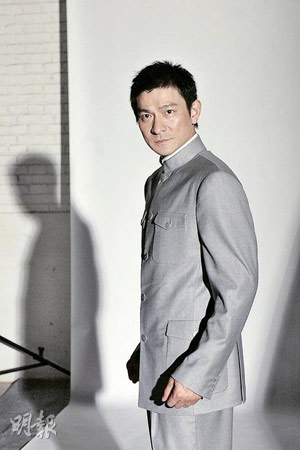 In the 1920s and 1930s, civil servants of the Chinese government were required to wear the Zhongshan Suit. It was regularly worn by Communist Party cadres as a symbol of proletarian unity until the 1990s when it was largely replaced by the Western business suit.

The Chinese Tunic Suit remained the standard formal dress for the first and second generations of PRC leaders such as Deng Xiaoping. During the 1990s, it began to be worn with decreasing frequency by leaders of Jiang Zemin's generation as more and more Chinese politicians and began wearing traditional Western-style suits with neckties. Jiang wore it only on special occasions, such as to state dinners, but this practice was almost totally continued by his successor Hu Jintao. Hu Jintao still wears the Chinese Tunic Suit, however, on special occasions, such as military parades. By the early part of the 21st century, the Chinese Tunic Suit is rarely worn even on formal occasions. In Taiwan, the Zhongshan Suit was seldom seen after the 1970s. Moreover, given the subtropical weather much of the year in Taiwan, for a time a modified version became at least semi-standard which dropped the high-collar buttoned up original constriction in favor of a Western style open dress shirt collar, unbuttoned. 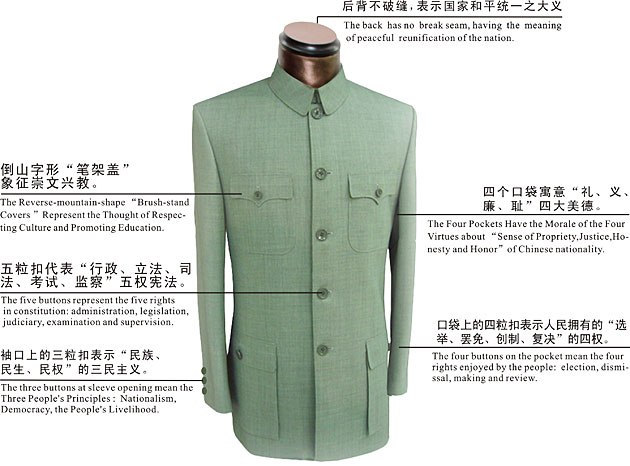 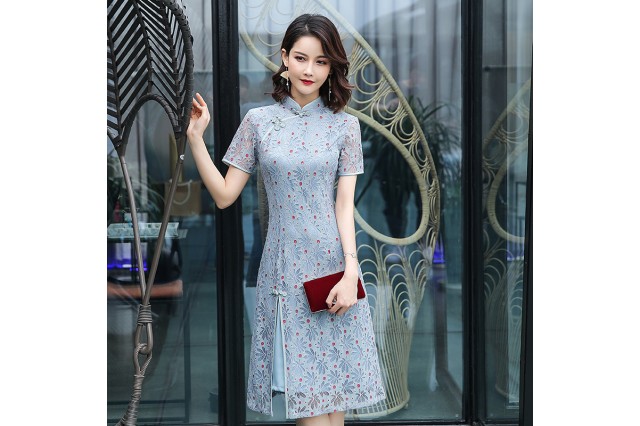 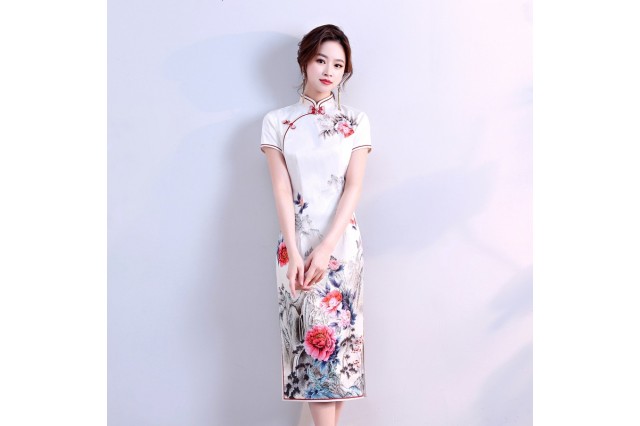 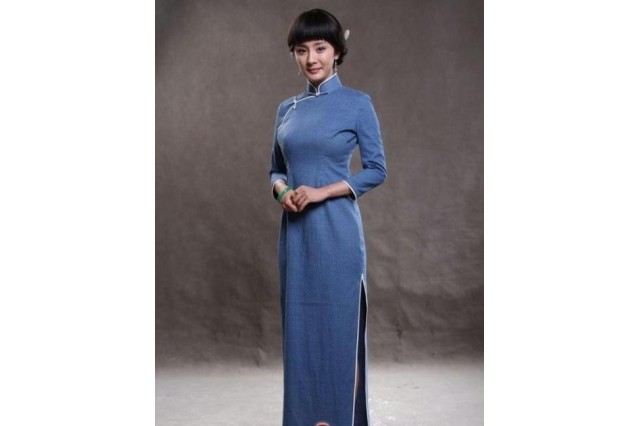 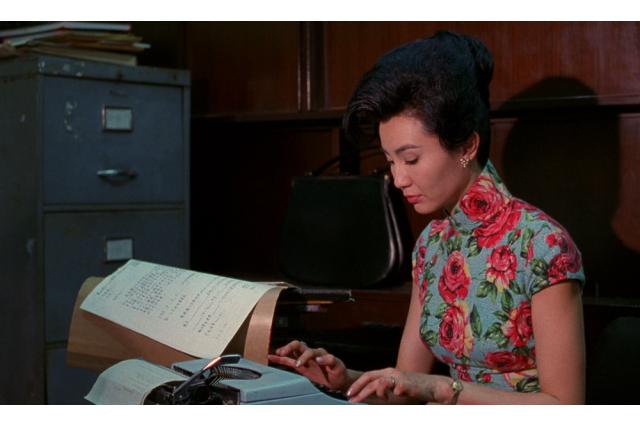 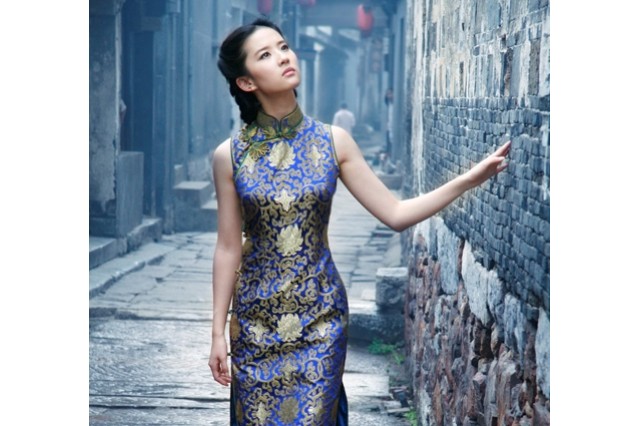 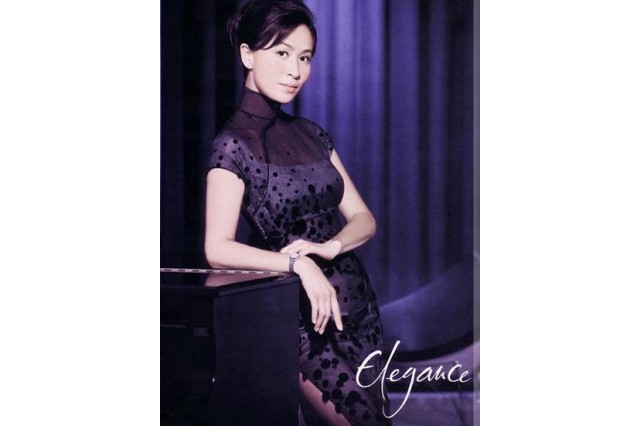