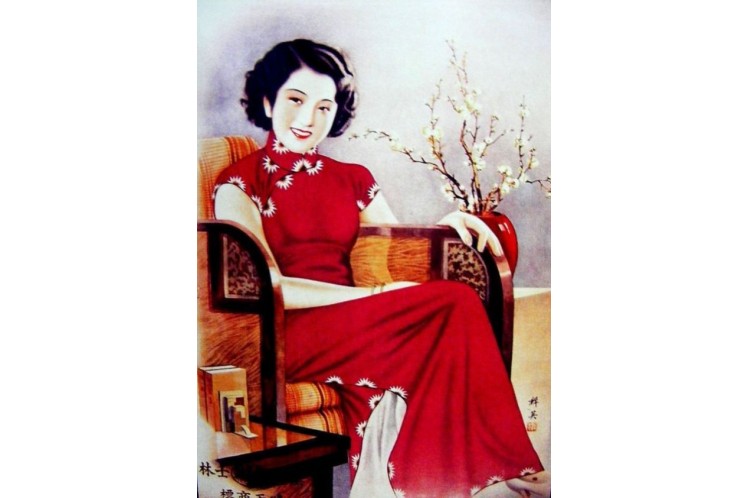 Qipaos are without doubt the most iconic symbols of the world of Old Shanghai and the quintessential fashion piece of the Shanghainese woman. Under the cinematic lights and shadows of the city, the image of the slender, graceful woman in a qipao, wearing high heels, with a wavy coiffure – and slightly rouged lips – has become the most enchanting image in our imaginations of old Shanghai at night.

Qipao and Chinese Culture
Like Kungfu, Beijing opera, and acupuncture, the qipao is an instantly recognisable symbol of Chinese culture, presenting not just an image of Chinese beauty but also a certain image and conception of Chinese femininity. With a provenance dating back to the long gowns of Qing-era China, the qipao was continually amended and changed by Western concepts of fashion and tailoring, eventually growing in popularity until it became, at one point, the official “gown” or dress of the Han people. Because the Manchus and their descendants were often known colloquially as the ‘Banner People’, so this dress eventually became known as the “qi pao” or “banner gown”.

On the face of it, qipaos can seem like a conservative fashion form that has withstood any fundamental changes, with the exception of slight variations in the length of the lining, the length of the hem, or how open the split is. The qipao works a subtle magic on the curves and contours of a woman’s neck, chest, waist and hips; with a vertical collar that hugs the neck, the top left piece covering the chest just so, the right piece cradling the waist, the back hem frames the hips, with the split showing glimpses of shapely legs, the qipao is unmatched in its understated elegance and sexiness. The qipao brings out the beauty in the motion of swaying and sashaying, working its way from our eyes into our hearts.

Shanghai Style
The history of the qipao is inextricably tied to the history of Shanghai: “Born in Beijing, Raised in Shanghai” is how some describe it – in this city, where East and West meet, the fusion of Chinese traditions and Western fashion aesthetics made for the fertile fashion ground where the qipao would grow and evolve.

In Shanghai, the traditional Manchu gown formula met Western tailoring and fashion; new additions, such as the lotus collar, the Western flip collar, and the lotus sleeves, expressed a newfound sense of freedom and modernity. By the end of the 1930s, the modern form of qipao began to emerge as it came in to contact with and was transformed by Westernized tailoring techniques; the cut of the chest and waist making the qipao more form-hugging and while at the same time arm slits and in-sleeves were designed so that shoulders and armpit areas had a more tight and bespoke look. Some people even used slight shoulder pads, what they called ‘beauty shoulders’, so that Chinese women began to move away from the sloped shoulder look that had once been popular before. These innovations were conceived and realized in Shanghai.

Looking back at its origins in the formless, waistless Manchu gown, the changes seem dramatic; with major alterations in the height of the collar, the length of the sleeves, and position of the split, the qipao evolved into something altogether distinct from its forebear, becoming a cultural force in its own right, shaping the tastes and fashions of the day, adding strength to the greater movement for women’s liberation, becoming a staple of any Chinese woman’s wardrobe.

In the Shanghai of the 1930s and 1940s, the qipao became the symbol of the force of one woman’s personality – the author and critic Eileen Chang. Known for her flamboyance and style, Chang used to flip through old trunks of vintage clothing from Qing dynasty, wearing these clothes alongside her Western style hair, going wherever she pleased without care for the opinions of others. In fact, her idiosyncratic fashion sense was integral to the expression of personality and beliefs; with money she won from academic scholarships in Hong Kong, she would buy clothing materials and design her own clothing. Bright, vibrant rose coloured print with pink flowers, green leaves on dark blue background – something that rural infants would wear – and she brought it to Shanghai to be made. She was happy with the results. Without her remarkable literary and critical talents, and tastes, few people would try such a stunt.

If one could count the number of qipaos that resided in Soong May-ling’s wardrobe, it would be a close contender for the current Guinness world record. The astounding number of dresses she owned has very much to do with one extremely dedicated and diligent tailor – Zhang Ruixiang, who was renowned for his meticulous, detailed handiwork and craftsmanship, as well as his loyalty and work ethic – he worked nearly everyday, completing a full qipao in 2-3 days. Every time he finished one, Soong would give it a once over, and then tell someone to store it in her wardrobe, into which it would disappear – perhaps never to be worn again. Aside from resting on the eve of the Chinese New Year, Zhang Ruixiang worked year-round as Soong’s exclusive tailor. The wives of officials who wanted to curry favors would often do so by gifting Soong with fabrics and other materials – leading to a variety and abundance of fabrics that would keep Zhang busy for months and years to come – and that is the story of how Soong May-ling came to have the largest qipao storage center in the world. 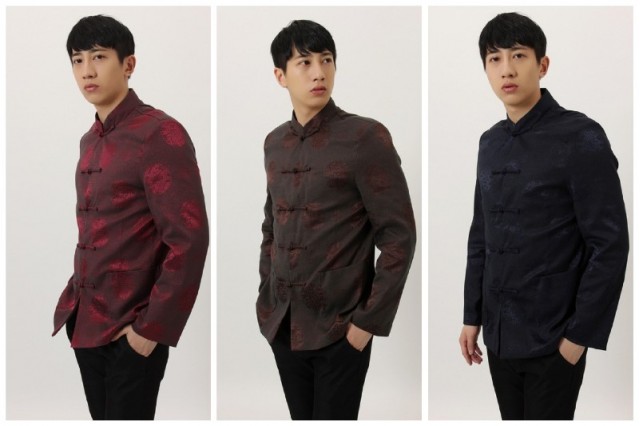 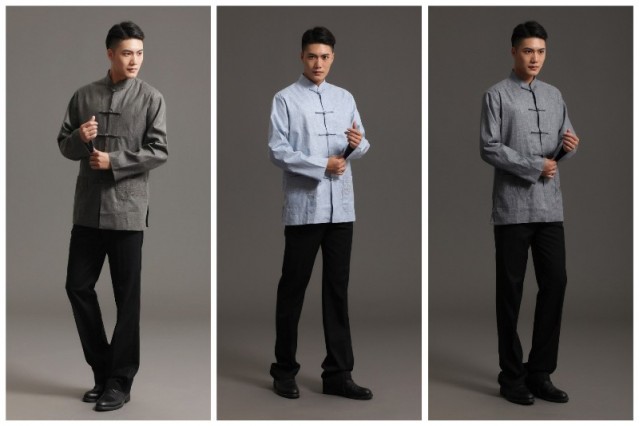 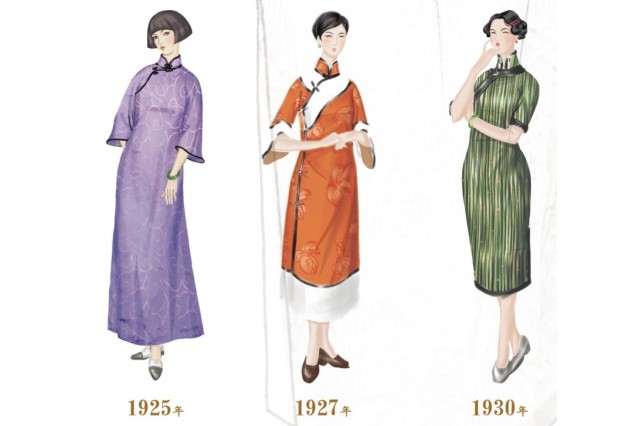 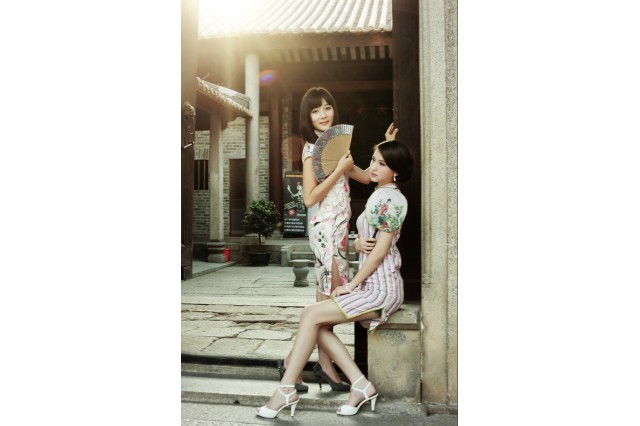 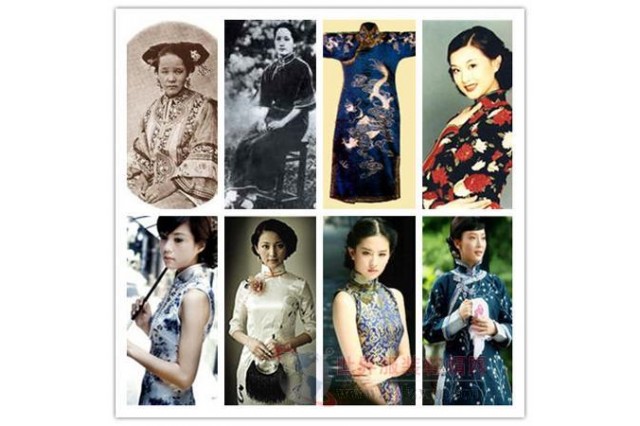